Why Are Franchise Brands Focusing on Development in ASEAN region?

18 Jun 2017 - As 2017 reaches its half way point Globalization continues to be a hot topic around the world. While there are many different opinions and perspectives on the benefits and perils of globalization and recent events such as the European refugee crisis, BREXIT, the US Presidential election and are having a profound impact on globalization which is expected to continue well beyond 2017, there can be no doubt that globalization is a thriving principle when it comes to franchising, or that it is shaping the growth of the franchise industry in the ASEAN region.

It is a fact that more franchise brands are now operating in the ASEAN region than ever before and that more brands than ever before are presently looking at the ASEAN region as an area of focus for their international expansion. This starts with regional brands looking to expand into their neighboring countries and then ripples out to East Asia, the Asia Pacific, the Indian Sub-Continent, the Middle East & Africa, Europe and across the Pacific to the Americas.

The reason for the increase in the number of franchise brands that have entered or are looking to enter the ASEAN region is twofold; - The 1st having to do with regional factors, including the increased ease of doing business in the region as a result of the economic integration by way of the ASEAN Economic Community (AEC) and the 2nd having more to do with broader global trends that are impacting the franchise industry.

In addition to the favorable intra-ASEAN trade policies resulting from the AEC the other the top 10 regional factors attracting franchise brands to ASEAN include:

Broader global franchise trends are another factor driving brands to focus on ASEAN as a priority for international expansion. A few of those trends include, but are not limited to 1) The move towards specialization in franchising; 2) The growth of the fast-casual franchise segment; 3) The growth of child related franchises; 4) The increased focus on non-food franchises including specialized fitness brands; and 5) The emergence of the mobile franchise in both the F&B and services segment of the industry.

While these global franchise trends took root in developed franchise markets such as the USA, UK and Australia the same trends are starting to emerge in ASEAN driven by the socioeconomic factors detailed above and fueled by the continued emergence of an affluent, educated and informed middle class across the region.

The franchise sectors that have been identified as having the biggest potential in the ASEAN region include F&B, Education & Training, Business Services & Retail.

Examples of International Brands seeking to develop selected countries or groups of countries in the ASEAN region by identifying regional master franchisees, area developers or franchisees include leading North American F&B Brands such as Texas Chicken who have been operating successfully across several ASEAN countries for many years and are looking to develop in the Philippines, Myanmar and Cambodia after opening in Laos at the start of 2017 and Au Bon Pain with more than 325 locations worldwide, looking to develop across the ASEAN region after experiencing great success in Thailand. Other significant brands include Little Caesars Pizza the world's 3rd largest Pizza brand and Edible Arrangements the creator of and The Leaders in Fresh Fruit Bouquets with 1264 outlets worldwide both actively looking to develop across the region. Additionally, the Earlenterprises Group that owns Planet Hollywood, Buca di Beppo and Earl of Sandwich is planning to open new Planet Hollywood and Buca di Beppo outlets in the Philippines in 2017 followed by Earl of Sandwich in 2018 and is looking to develop all 3 of their brands across the region over the next 3 years. Examples of other F&B Brands who have prioritized ASEAN for international growth are, Los Angeles area based Bruxie that has reimagined the American comfort classic Chicken & Waffles as an easy-­-to-­-eat, made-­-to-­-order sandwich; #getfried, an up-an- coming new brand from New York which is a first-of-its kind QSR brand specializing in offering gourmet topped fries and finger food favorites and Crepe Delicious from Canada.

North America service brands are also prioritizing ASEAN for development including fitness brands Snap Fitness, 9Round and Cyclebar, all of whom are leaders in their respective segments of the US fitness industry and Hollywood based Millennium Dance Complex, the world's most famous dance studio. Dallas based FastSigns the world leader in visual business communications, Jan-Pro the world's largest commercial cleaning franchise and Renue Systems the leading provide or comprehensive deep cleaning services to the hospitality industry are also actively seeking franchisees across ASEAN.

Given the proximity of Australia and New Zealand, ASEAN is often considered as a first port of call for brands from these countries as they look at international expansion and there are several Australian F&B Brands currently looking for partners in the region. These include Oporto, Red Rooster & Chicken Treat owned by Craveable Brands, Australia's largest chick QSR operator/developer; Sydney based Mad Mex which was ranked as one of Australia's top 10 franchises by Business Review Australia in 2016; Degani Café, Melbourne's most popular café franchise and also in the café sector funk coffee + food from Adelaide that is known, as the name suggests, for quality food and coffee served in a funky environment. Catering to the fast-growing healthy options segment of the F&B industry there is THR1VE - Australia's most successful and innovative healthy fast casual brand which won the coveted 'Best Innovation' award at the national Australia QSR awards in 2016 and Habitual Fix from Auckland, New Zealand which has developed a model that delivers on their promise of offering good food, fast. Both these brands are looking to expand across ASEAN through franchising in 2017.

There has been a proliferation of Japanese and Korean F&B brands entering the ASEAN region over the past 5 years and established F&B and non-food brands from East Asia and the Indian Sub-Continent are also starting to look at ASEAN as an attractive market for international expansion. Two such brands are India's Panchavati Gaurav which is India's largest chain of pure vegetarian Thali restaurants and elementfresh from Shanghai which is China's leader in western-styled, casual dining. Also from India, Dr. Batra's the world's largest chain of homeopathy clinics with over 225 clinics in 115 cities and 4 countries and Jetking, a 70 a year-old brand specializing in IT training & education; headquartered in Mumbai that has trained more than 700,000 students are also actively looking to develop across the ASEAN region.

The various segments of the franchise industry have been growing steadily in the GCC and across the broader Middle East region for the past 5 years and now, several brands from that region are turning their attention to ASEAN, many with specific focus on Malaysia, Indonesia and Brunei. One such example is 150 year old oriental perfume specialist Abdul Samad Al Qurashi, based in Mecca in the Kingdom of Saudi Arabia, which has recently concluded a 4 country master franchise for Malaysia, Indonesia, Singapore and Brunei. There are also UAE based REDTAG with 150+ outlets in operation has grown to become a leading value fashion and homeware brand in the Middle East turning its attention to the ASEAN region and Kuwait based Let's Popcorn also looking for franchisees and distributors across ASEAN having successfully expanded to its neighboring countries in the GCC region.

While perhaps not as active in capitalizing on ASEAN franchise opportunities as brands from some of the other regions there are also a number of European brands exploring expansion opportunities in the region, including brands from the UK, Finland, France, Spain, Germany, Portugal and other markets. One such brand is Hesburger, Finland's most successful QSR brand with more than 444 outlets operating across 8 European countries and now setting its sights on the ASEAN region. Additionally, there is Spun Candy a British artisan maker of high quality, hand-crafted candy, based in London and has an international franchise model that offers 8 potential income streams to its international partners.

With brands from all over the world looking at expansion opportunities across the ASEAN region, there is an unprecedented number and variety of franchises available to investors from the region looking to add to an existing brand portfolio or diversify an existing business via investing in a franchise and this represents a positive development for the region and the franchise industry as a whole.
Troy Franklin 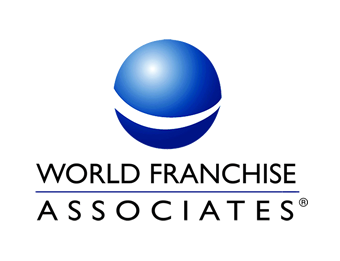 This blog is the third in a series of three. It is a continuation from the previous blog.

As the ASEAN is shaped by broader global trends in franchising, it continues to be a prime market for brands seeking international development. A few of these global trends include:

Why Are International Franchise Brands Focusing on Southeast Asia?

Top tips on what franchisors should consider when expanding internationally

There are many reasons why franchisors consider international expansion, such as increased profitability, growth, brand equity and more. However, before taking the first step for expansion, there are items the franchisor should consider.

Opportunities in the MENA Region

Why Southeast Asian Brands Should Consider Development in the MENA Region.

The Latin American "Why"

Discover the Latin American "why": An economically vibrant region with a 5% average GDP annual growth rate and a quickly developing middle class with disposable income.